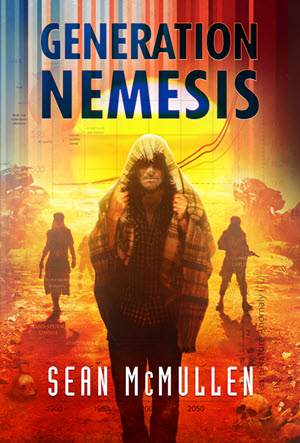 By the year 2045 runaway climate change is overtaking the world, and the generation that has inherited this disaster has turned on those that were given warnings half a century earlier but ignored them.

All Tippers, people born before the year 2000, must stand trial for climate crimes such as squander, display and neglect, and they face the death penalty if found guilty. Nobody sent to Audit Camp 71 has ever been pardoned, but the elderly weather scientist Jason Hall has volunteered to go there. He wants to prove that some Tippers are genuinely innocent.

Jason’s trial is given priority, and every day for a fortnight he will be brought before the Auditor General and the Retributor. His main challenge is likely to be the famously pitiless Auditor General, who is also his granddaughter.

“In a near future Australia, where the children of the 21st century are putting the children of the 20th on trial for the murder of the world, one octogenarian climatologist dares to expose the hypocrisy of their justice. But can he beat the system? And if he does, what will be his prize? Pulpy, provocative and pedagogical, this ain’t your grandad’s cli-fi; it’s a novel-length thought-experiment in generational climate morality, delivered with the dead-pan Antipodean excess of Peter Jackson’s early movies. If you’re not appalled, you’re reading it wrong.” — Paul Graham Raven